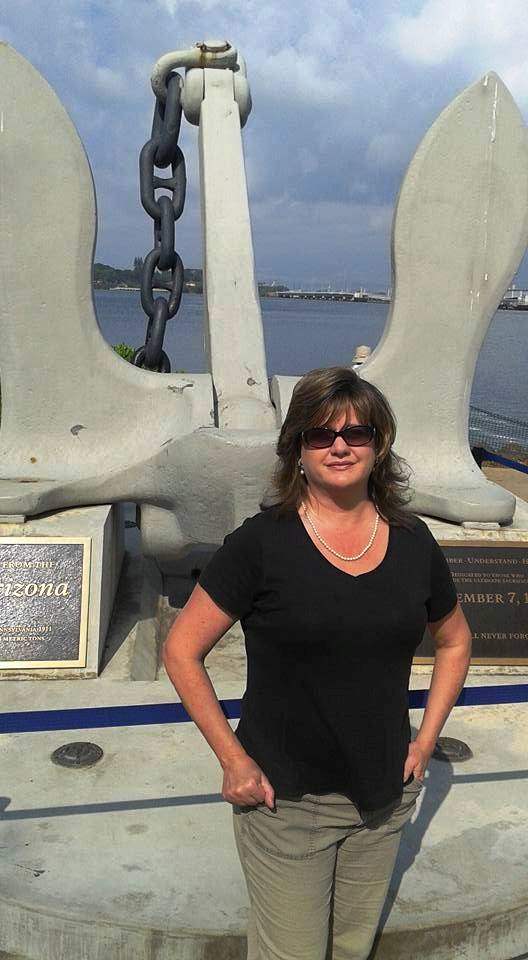 I knew I was in trouble when I read the sign for Ford Island and starting crying.After many years of interviewing and writing about Pearl Harbor Survivors I was for the first time,  walking where they walked.

My husband and I were celebrating our 30th anniversary on Oahu and Pearl Harbor was one of our first stops.

Chapter 11 of War Bonds: Love Stories From the Greatest Generation tells the story of Warren and Betty Schott who lived on Ford Island and both survived the horrific attack.

I pictured Warren’s desperate drive to get his wife to safety. They’d spoken of shrapnel falling from the skies– of the road shredded by machine gun fire– of the terror and the noise.

We watched a short film featuring actual footage of the attack. A scene of sailors and soldiers pulling the wounded and dead from the Harbor made me gasp. That’s what Warren had done in the aftermath– it was the one thing he didn’t want to discuss with me over the course of many interviews. It was the only thing he refused to speak of with his wife and best friend of 76 years. 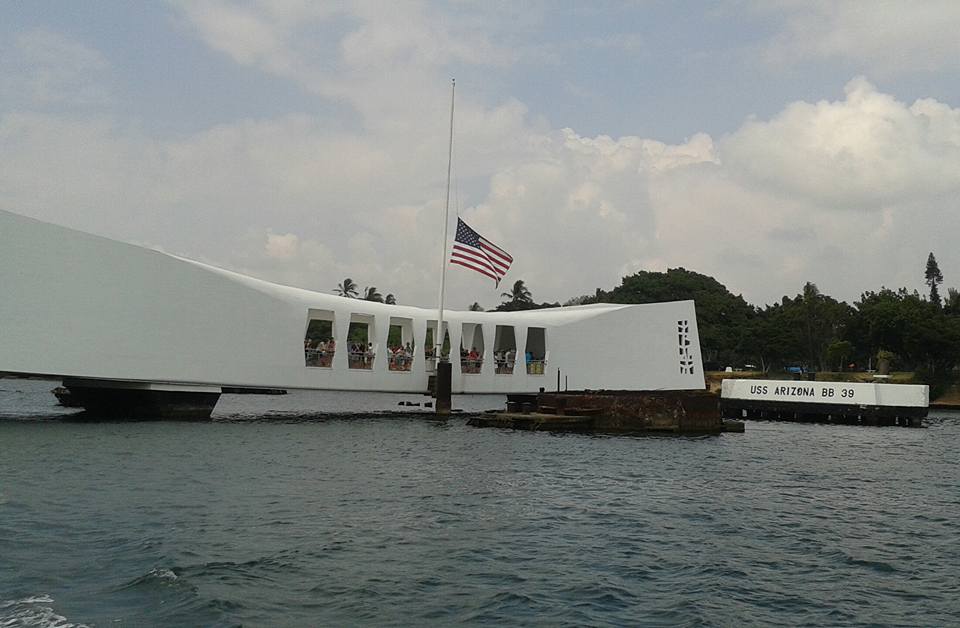 As we boarded the boat that took us to the USS Arizona, I thought of Pearl Harbor Survivor Ray Daves, who died in 2011. His friend George Maybee perished aboard the Arizona. His remains are entombed in the waters below the memorial. The throng of tourists quieted. The only sound was the snapping of the flag in the wind as I found Maybee’s name among the more than 1,000 names engraved. I wished I could tell Ray.

All of the stories, all of the interviews over the years in no way prepared me for the magnitude, the solemness of this sacred place.

Remember Pearl Harbor. Indeed, I will never forget this place, these people, their sacrifice.

Here are links some of the stories I’ve written about those who survived the Day That Will Live in Infamy.

The World has Lost Yet Another WWll Hero

Pearl Harbor Witness: ‘It was so scary!’

Look forward to your column every Thursday. Your writing exudes the warmth and humor that you have with your family and life in general. In my opinion you are on a par with the great Dave Berry and from me, that is high praise indeed. Keep up the great work.