She never thought her face would be on a book cover.

That a snapshot taken on her honeymoon would become the face of War Bonds: Love Stories From the Greatest Generation. After all, the marriage and the honeymoon might never have happened if Mary Grayhek hadn’t said to heck with vanity, tied a scarf over her hair set in pin curls, and agreed to a blind date.

But at the insistence of her friend, in 1946, Mary agreed to a double date with a handsome Marine. The date with Roy Grayhek changed her life.  Six weeks later, they wed in the Naval Chapel in Bremerton, WA.

The photo snapped of Roy and Mary standing on a piece of driftwood in the Puget Sound, became the cover of book filled with stories of people who married during, or shortly after World War Two. 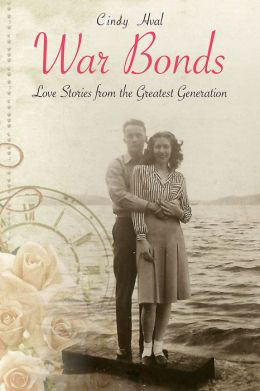 The Grayheks enjoyed 68 years of wedded bliss before Roy’s death in 2014.
Sadly, he passed away before the book’s release. But Mary was able to enjoy  seeing their faces on the cover. Even more importantly, she got to see the book in the hands of her great-granddaughter Grace, and her soldier husband, Ryan, shortly before he was deployed. 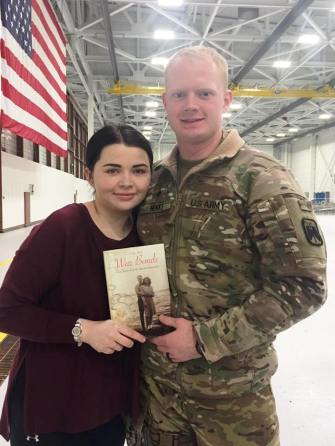 I’m quite confident that Roy was the first one to greet her, and that he hasn’t taken his arm from around her shoulders. And that they picked up their story right where they left off– with happily ever after.