I didn’t really think he’d show up on a white horse. I’ve never been a great rider and city streets aren’t welcoming to skittish steeds.

Instead, my Prince Charming borrowed his father’s Ford Tempo for our first date. “I’m in the middle of restoring a ’67 Mustang,” he explained.

Thirty-one years later, he’s still in the middle of restoring that same ’67 Mustang. I no longer sing “Someday My Prince Will Come;” instead I mutter, “Someday my prince will be done – with something. Anything!”

After three decades of marriage I’ve had ample time to rethink my original dreams of Prince Charming.

My prince has never waltzed me around glittering ballrooms, and I’m not in the habit of losing any shoes. But sometimes he sneaks into the kitchen while I’m cooking, takes my hand, and spins me into a slow dance across the dining room floor.

“There they go again,” one of our sons will say, groaning with embarrassment.

As if dining room dancing wasn’t enough, several years ago, Derek decided to add guitar-playing to his romantic resume.

“I’m going to learn to play ‘Can’t Help Falling in Love With You’ for your birthday,” he announced.

My birthday came and went. As did Valentine’s Day, our anniversary and Christmas.

Finally, I schlepped the two guitars and the amp he’d purchased downstairs, and shoved them in a closet. His musical ardor may have dimmed, but his passion for me has yet to wane.

I know this, because several times a month he’ll text me: Date night?

He makes reservations at one of our favorite restaurants. And we don’t stare at our phones over dinner – we talk about anything and everything. We’ve yet to run out of words.

It turns out my prince didn’t have a castle to offer me, but that’s OK . I’ve heard the upkeep on palaces is brutal. And I’ve never been a damsel in distress in need of rescue.

In fact, the demur, soft-spoken girl in white satin he married, grew up into a confident woman with opinions that often differ from his, and a newspaper column in which to express them.

Instead of being threatened, Derek applauded and encouraged my evolution. Willingly, he picked up the slack at home when my work took me out of town – or more often inside my head.

Writers are rarely easy to live with, especially when a new project swallows every waking thought and even haunts our dreams. But he is uncomplaining, knowing that my glazed eyes will eventually light on him, recognition will dawn, and I will invariably smile.

He hasn’t ruled a kingdom. His birthright is more plastic spork than silver spoon, but for over 20 years he’s run a successful small business. His reputation for integrity remains sterling, even in tough economic times.

When our children grew, and rebellion brewed with teens eager to topple the home regime, he handled those painful transitions with grace, dignity and infinite patience. Watching him parent our sons made me fall in love with him all over again.

Time has changed us. My prince has lost some hair, gained some weight, lost that weight and gained some wrinkles. And I’ve done the same, except my hair has grayed instead of thinned.

His unfinished projects still drive me crazy. The Mustang rusts in our driveway; the guitars gather dust in the closet, and the long-promised home office remains elusive. I never know what he’ll start next, but I’m confident it probably won’t be completed.

And just when my frustration reaches its zenith, I catch his eye across a crowded room (all of our rooms are crowded, now) and my heart skips a beat.

He holds out his hand to me. I take it and he pulls me into an embrace that still takes my breath away.

We sway together, and he hums in my ear. “Wise men say, only fools rush in, but I can’t help falling in love with you.”

I don’t need Prince Charming. Or a ballroom. I don’t really even need the tiara he bought me.

I just need this man.

And I’m profoundly grateful that our marriage is still an unfinished project. 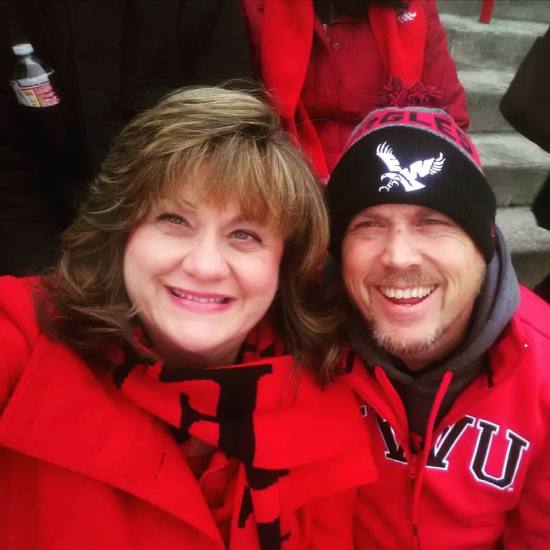 Contact Cindy Hval at dchval@juno.com. She is the author of “War Bonds: Love Stories From the Greatest Generation.” You can listen to her podcast “Life, Love and Raising Sons” at SpokaneTalksOnline.com. Her previous columns are available online at spokesman.com/ columnists. Follow her on Twitter at @CindyHval.