This week’s Front Porch segment is bittersweet. It features Milo, my tuxedo cat and the embarrassment he caused me during a business call.

The episode was taped last month. Sadly, Milo passed away this week, so he missed his network debut on Spokane Talks on Fox 28.

But I doubt he would have been interested. Milo was very difficult to impress.

I taught them to eat solid food.

To use spoons. To use the toilet. To tie their shoes. And somehow I also ended up teaching my four sons how to operate a motor vehicle.

In the most recent episode of the Front Porch on Spokane Talks on Fox 28 Spokane, I recount how son #3 ended up driving me to drink! Watch here.

In this week’s episode of the Front Porch on Fox 28 Spokane, I fondly recall the shoes that got away.

You can watch the segment here.

And honestly? I’m still dreaming of dancing in golden shoes…

In this week’s Front Porch television segment I ponder how the invention of Velcro might just have changed the course of my life.

And how history often repeats itself, as it did with my youngest son, Sam. 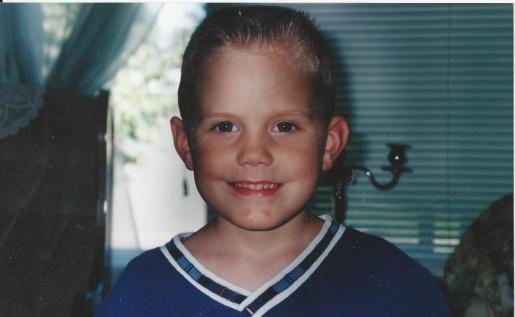 Click here to watch this episode and tune in Sunday, the 21 in which I address the necessary evil of conference calls and Milo makes his TV debut!
The Front Porch airs on the Spokane Talks program Sundays at 6 PM on Fox 28 Spokane.

In this week’s Front Porch segment on Spokane Talks I share about the time a stranger accosted me in the produce aisle and tried to convince me not to buy the corn in my hand.

Here’s a link to the episode and a hint: Mom was right. Don’t talk to strangers!

Tune into Fox28 Spokane at 6 PM next Sunday to hear my thoughts on Velcro.
Never a dull moment!

At any rate, when the producer of a new half-hour television show, “Spokane Talks,” on Fox28 Spokane asked if I’d be willing to do a short commentary at the close of each weekly broadcast, I agreed.

I’ve never been a television personality or a news anchor, but I did study radio and TV broadcasting at Newtech Skill Center (formerly Spokane Vocational Skills Center).

Plus, the precarious state of dead tree journalism makes me think I’d better expand my skill set, just in case someday no one wants to “Wake Up and Read It.”

To that end, the one stipulation I had is that this newspaper gets mentioned in the opening credits of my segments. Who knows, maybe television viewers can be newspaper readers, too.

OK, I did have other stipulations regarding hair, wardrobe, snacks in the green room and limo service, but apparently those emails went missing.

When I told my sons about my new venture, I said, “It will be like Andy Rooney on ‘60 Minutes,’ only with better eyebrows.”

“He’s that really short actor that was married like, 12 times,” my husband replied.

Which is when I realized TV news programs are probably teetering on the brink of extinction, as well.

My sons were not impressed, but they agreed my brows were better groomed and thought I probably had a superior wardrobe.

The folks at “Spokane Talks” created a cool introduction, featuring the dulcet voice of Tom McArthur.

The segments, like this column, are called the “Front Porch,” and writing the tag line, (That’s the view from my front porch) was a breeze.

Coming up with weekly segments, no longer than two-and-a-half minutes in length?

I mean, I have sneezes that last longer.

In newspaper journalism, we’re told to write tight, that if it takes you more than 1,000 words to tell a story, you’re probably using too many adjectives. Or worse. Adverbs.

But telling a story with a beginning, middle and end in a 150-second frame proved tricky. Especially since my only audience during the taping is a couple of unblinking television cameras and Vinnie, whom I can’t see because he’s in the booth.

It’s like talking to yourself while someone is eavesdropping. I decided my entourage should accompany me to the studio.

Unfortunately, my cats don’t travel well, so I roped my manager into going with me. I had to promise to buy him dinner afterward, but he’s got a vested interest in my career and is usually a good sport. A well-fed good sport.

“You’re in charge of wardrobe malfunctions,” I told him.

“Causing them or preventing them?” he asked.

It’s tough when your manager is your husband, but if Celine Dion did it, then so can I. Not that I plan to do any singing on television. At least not intentionally.

In fact, Derek has been trying to manage me for years. He says some days it feels like a full-time job, but the benefits are pretty nice.

Six weeks into the program, I haven’t been censored by the FCC, groped any interns or appeared on television with lipstick on my teeth, so I think it’s going OK.

I asked my sons what they thought.

No wonder Andy Rooney was a curmudgeon.

I’m not sure if my mind is any sharper, but I’m figuring out how to cut excess verbiage, make use of camera angles and use a teleprompter app on my husband’s Kindle.

Now, I’m working on not grimacing on camera. Seeing still shots from the shows revealed I have a very expressive face. Unfortunately, many of those expressions should not be seen on network TV.

They say you can’t teach an old dog new tricks, but maybe this old columnist can learn something new.

Look forward to your column every Thursday. Your writing exudes the warmth and humor that you have with your family and life in general. In my opinion you are on a par with the great Dave Berry and from me, that is high praise indeed. Keep up the great work.