So here’s a fun surprise. My story “The Trouble with Words,” featured in the latest collection from Chicken Soup for the Soul Too Funny! is featured on today’s Chicken Soup podcast.

The title of the podcast is When What You Say Is Not What You Mean. Amy Newmark shares a retelling of my mortifying Netflix and Chill debacle around the 4:40 mark.

You can listen to it on the link below or you find it on Apple Podcasts, Google Play, or wherever you get your podcasts.

It’s always a bit surreal to be the interviewee instead of the interviewer, but I had fun chatting with Hara Allison on her podcast “See Beneath Your Beautiful.”

See Beneath Your Beautiful podcast is raw and intimate, sometimes funny and always entertaining. With new episodes every Saturday, Hara explores our loves, fears and hopes with a delicious combination of depth and lightness.

We chatteed about writing, parenting, grandparenting and lots of stuff in between.

You can click here https://bit.ly/3okAtTe to listen to the episode, or find it on any podcast streaming service. 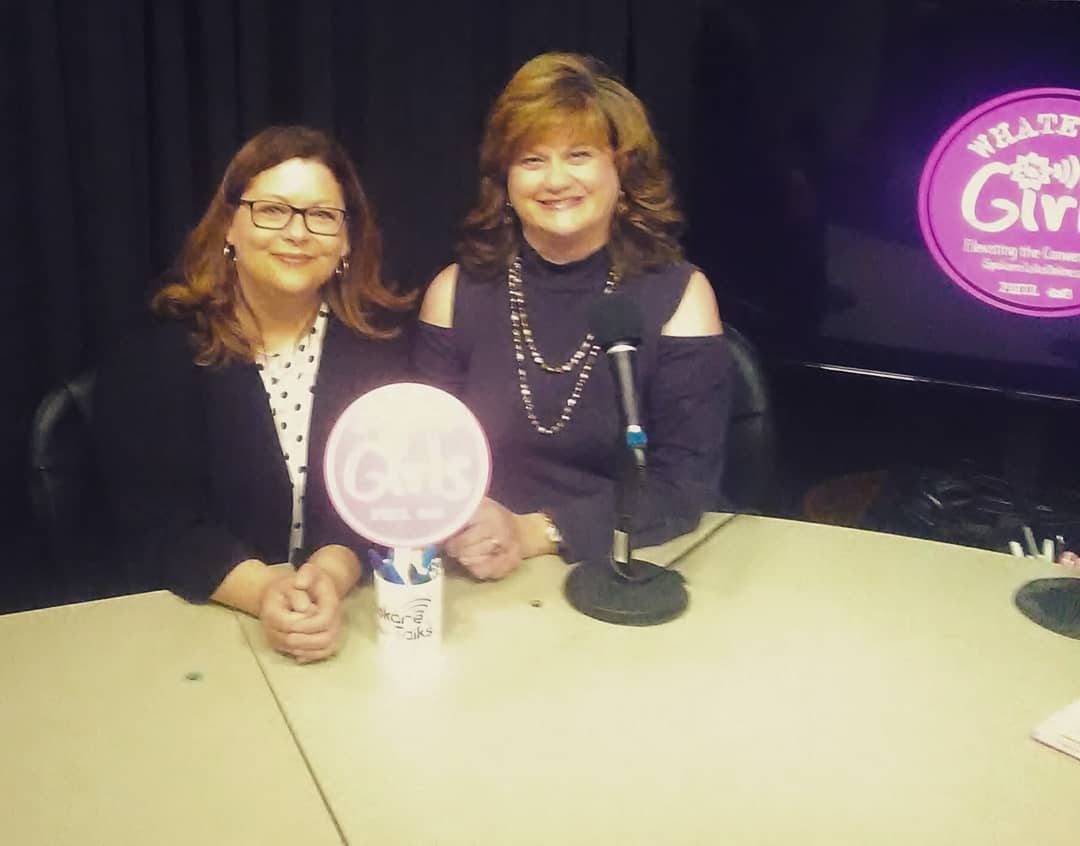 I was delighted to be a guest on the Whatever Girls podcast “Elevating the Conversation,” though as a journalist it was odd to be on the other side of the Q&A!

Host Erin Bishop and I covered a lot of ground. Her grandparents are the beautiful couple on the cover of War Bonds: Love Stories from the Greatest Generation.

We talked about how the women of that generation revolutionized the workplace and what it takes to have lasting relationships.
Then we talked about writing. How I got started and what’s coming up next. Of course, if you asked me a writing, I’ll talk about reading. The best writers are the best readers!

And then the heart of the podcast– the value of female friendships and how we can empower each other by elevating the conversation.

You can listen to the podcast here.

My two younger sons joined me for another episode of Life, Love and Raising Sons (Not Necessarily in That Order).

We covered what’s new (Sam got his first job and Zach’s moving to Nashville), but mainly we talked potatoes. Specifically, why was there a potato in the silverware drawer and whose responsibility is it to remove it? 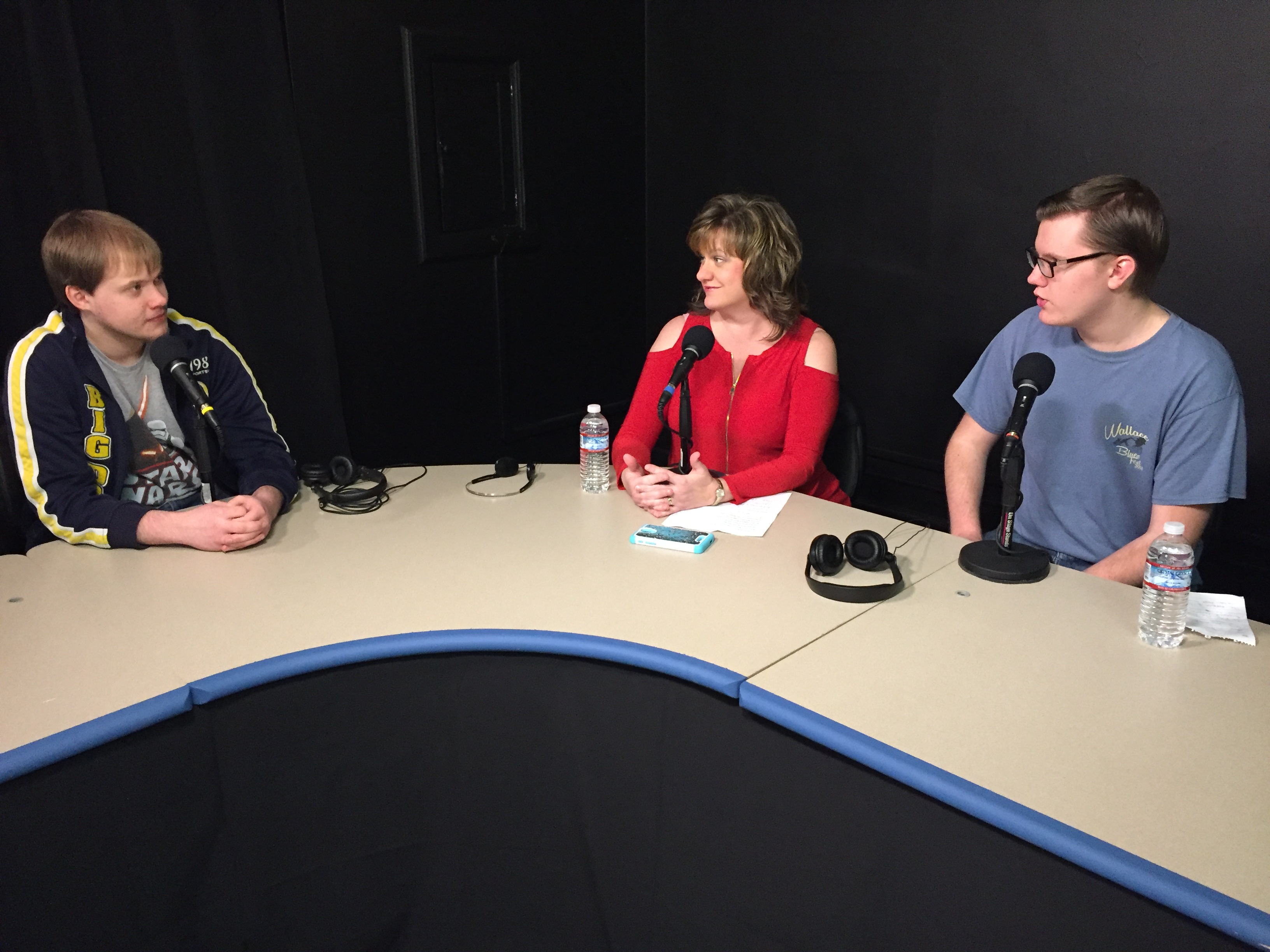 As if that’s not fascinating enough, we also played “Finish This Sentence,” and discovered what Zach would do if he was a girl and what I would do if I was man.

You can also listen via iTunes or Stitcher. Just look for Spokane Talks Online and Life, Love and Raising Sons.

In the latest episode of my podcast “Life, Love & Raising Sons”  my two younger sons, Sam and Zach joined me for rousing on-air game of “Would You Rather?”

It’s a simple conversational game we often play at the dinner table where we ask each other questions like, “Would you rather hug Bill Clinton or Hillary Clinton– Heidi Klum or Russell Wilson? Mick Jagger or Keith Richards?”

Also featured: wet Hutts vs wet dogs, eating pencil shavings or glue and Sam tries to stump me with “Would you rather relive your first date with Dad or your wedding day?”

Click here to tune in. The show airs daily at 11 AM, noon and 5 PM at Spokane Talks Online and is available on iTunes, Stitcher Radio, Google Play etc.

In my most recent column, I bemoan the fleeting days of summer. And what happened to July anyway?

Apparently, I blinked and missed July. How can a month with 31 days just vanish? I feel like I’m in an alternate version of a John Lennon song: “So this is August and what have you done? Another month over and a new one just begun.”

I spent much of last summer out of town for “War Bonds” readings or events, so this summer I planned to make the most of the longer days. My list of things to conquer seemed so manageable back in June. But now it’s August and I still haven’t even worn the swimsuit that arrived too late for our Hawaii anniversary trip in March.

June was a blur of end-of-school activities, and by the time we celebrated Sam’s stellar report card and Zack’s graduation from Spokane Falls Community College, the month was mostly gone. But July stretched languorously out before me and I’d planned to squeeze the most out of those summer hours.

At the top of the to-do list? Get braces for Sam, which seemed a simple enough task. After all, I’ve been down the orthodontia route with his oldest brother. But the orthodontist we used back then has long since retired. Finding time to take him to visit at least three specialists to get quotes has proved impossible.

Sam’s been busy stripping and painting his grandmother’s deck and volunteering at the North Spokane Library. When I have time – he doesn’t. When he has time – I don’t.

At this rate, he’ll be in college by the time his teeth are straightened. Actually, he will be in college because while we haven’t done the orthodontic visits, we did enroll him at Eastern Washington University. This fall he’ll be a Running Start student at his dad’s alma mater.

I’d hoped to take day trips around the area, but the farthest I’ve ventured is my backyard. Why waste gas when the garden is glorious, the flowers in bloom and hours drift by while I devour a great “beach read” beneath the Great Gazebo’s generous shade?

Instead of exploring area day hikes, I’ve stuck to my regular neighborhood walking route, despite the challenge of navigating massive roadwork projects.

The other day as I approached some work in progress, a kind flagger escorted me across the street. Apparently, I look like the type of person who might fall into a 5-foot crater, even though it was filled with three guys in hard hats and marked by orange traffic cones.

Taking the cats to the vet is always on my summer list. Because I’m no glutton for punishment, I always schedule separate visits and insist one of the boys accompany us. Milo and Thor have plenty of time for a car ride. Zack and Sam do not.

Last year at this time, we were inundated with zucchini. In anticipation of this year’s bounty, I spent quite a bit of time finding and organizing recipes to showcase our squash crop. My mouth watered with thoughts of zucchini casserole, cookies, breads and fritters. But so far our zucchini crop has been a bust. We’re awash in tomatoes, carrots and onions, but nary a squash.

Writing during the summer is always difficult. My rarely quiet home gets even noisier with kids and company. I’d hoped to be to the halfway point on the first draft of my second book, but, alas, I’m nowhere close to making that goal.

I did however record several episodes of my new podcast “Life, Love & Raising Sons,” which debuts next week at SpokaneTalksOnline.com. The program shares the title of my second book, so I count it as progress.

Even more fun, Zack and Sam joined me for the first two episodes. If you’ve ever wondered what a Hval family dinner table conversation sounds like, you can tune in or download the podcast once it’s posted.

So this is August and what have you done? Me? I just ripped up that pesky summer to-do list and put on my new swimsuit. The month is looking sunnier already.

Spokane Talks Online is offering a copy of War Bonds in their latest give away!

Local author of the book—”War Bonds: Love Stories From the Greatest Generation”—Cindy Hval, was a guest on our show, and we are giving away her book for free! Follow instructions below to enter, and check out Cindy’s recording on Business Talks at SpokaneTalksOnline.com

1. Like this post
2. Confirm your entry here (won’t ask for any information, just to agree to rules & confirm: http://tab.fo/wsvcvqz (+ see rules)