Delighted to have my story “Christmas Miracle” included in Chicken Soup for the Soul’s newest release “The Wonder of Christmas.”

This marks the 11th Chicken Soup for the Soul book to feature one or more of my stories. What makes this one extra special is that “Christmas Miracle” is about our youngest son, Sam. It’s also the first story in the book!

Even better proceeds from the sale of this volume go to Toys for Tots!

The books are on sale now at stores nationwide, or you can click the link in the title above. 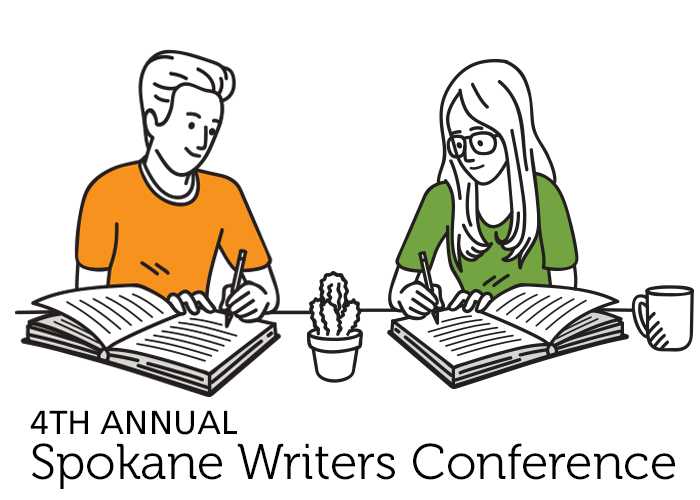 I’m delighted to be presenting “The Heart of the Matter: The Art of the Interview,” at the 4th annual Spokane Writer Conference, Saturday October 20 at 10:15.

Maybe you have this amazing grandfather who served in WWll and you want to preserve his story, but he gives you one-word answers. Perhaps you know a fabulous woman who is quietly helping homeless teens, but she’s loath to talk about herself. We’ll discuss interviewing methods that focus on having conversations that allow the speakers’ natural light to shine. In this workshop, we’ll discuss how to ask the questions that will give you the information you need. And you’ll learn how to glean information from body language and how to use the context of a story to  help you pinpoint the direction you’d like to go.

There are only a few spots left! Did I mention it’s FREE?

I’d love to see you at this class, so don’t delay. Click here to register today.

So sad to learn of the death of Patrick McManus.

When I had the crazy idea that maybe I could write a book, Pat McManus read an early draft of my proposal. Then he took me out to lunch and told me it was “the best book proposal” he’d ever read and he was absolutely positive “War Bonds” would be published.
A week later, he sent me the above letter of recommendation and introduction that I could send with my proposal to agents and publishers.
He believed in me and in my book when it was still just a maybe, someday…..

Having someone believe in you and your project when it’s just a glimmer, a wisp of a hope, is incredibly powerful.

I wish every author could have someone like Patrick McManus in their corner. I am humbled beyond words that he considered himself my fan, because like millions of others I was certainly his.

Rest in peace my friend. Thank you for the joy that you brought to the world and for the life-changing encouragement you gave to me.

Sometimes I run out of words. A dire problem for a writer, but gut-wrenching loss will do that to you.

Within the span of a few weeks, two precious people featured  in War Bonds: Love Stories From the Greatest Generation have passed away.

First my beloved Marine, Myrt Powers, died. The story of her marriage to sailor, Walt Powers, is featured in chapter 30– and is unusual because both she and her husband served in World War ll. This couple were also featured on the television show Northwest Profiles and shared their story at a local veterans support group, following the book’s publication.

I last saw Myrt in March 2016 when my husband and I ran into her waiting in line for coffee in Hawaii! She and her husband wintered on Oahu for many years.

Feisty, upbeat and absolutely adorable, Myrt is everything I want to be when I grow up. My heart aches for Walt and for all of us who knew and loved her. Though she was tiny, her absence leaves a huge hole.

And then last week, Jack Rogers died. A lifelong, prolific artist, Rogers taught all four of my sons during his tenure as art teacher at Northwest Christian School.

The story of his courtship and enduring marriage to his wife, Fran, is featured in chapter 20 of War Bonds.

He was still painting up until the last week of his life as he decorated wooden tailgates for Personal Energy Transporters for the PET Project.

In November, I was privileged to cover one of his last art shows.

And here’s where words fail.

How can I possibly convey the depth of my admiration and love for these people? How do I sum up the gratitude I feel for having been a small part of their lives and for being entrusted to share their stories with the world?

But I can say I will miss them and treasure the memories of the hours spent with Myrt Powers and Jack Rogers.

I hope that I’ve given readers of War Bonds a snapshot of how they made the post World War ll world, a place of hope.

Rest in peace, beloveds, for you have surely earned it.

My cousin, author Julie Christine Johnson, posted this graphic on her Facebook page awhile ago.

Boy, does it ever resonate with me. I’m inching my way to the finish line of my second book and have actually completed my first children’s book.

You know what that means?

Yeah. It’s time to pitch and query agents and publishers. Every writers FAVORITE thing to do. Not!

I sold War Bonds: Love Stories From the Greatest Generation directly to the publisher after my  literary agent was fired from her agency. It took me a couple months to sell a manuscript she’d had a of couple years. Not exactly “spontaneous success.”

But these new books represent new opportunities to wade out into the deep water and sink or swim, instead of treading water and hoping for rescue.

Those moments of “seemingly spontaneous success” don’t happen without a lot of work and not a little bit of angst. But I truly love both of my new projects and am hopeful that they will find a home and an audience.

Wish me luck friends, I’m jumping in without my water wings 😉

Two years ago today, I was humbled and amazed by the turnout for the launch of my first book.

In the five years it took to write and publish War Bonds: Love Stories From the Greatest Generation, I lost so many of the couples featured. It broke my heart that some weren’t there to see their stories in print.

In the two years since publication, I’ve lost several more. Each death leaves an ache in my heart.

Yet at the front row of the book launch party many of my War Bonds couples were present as well as widows and widowers. They were in awe of the size of the crowd and watched with joy as every single copy of War Bonds sold out at Auntie’s Bookstore.

I’ve learned a lot about publishing, publicity, book tours and public speaking over the last two years– knowledge I know will serve me well when my next book  comes out.

Today I’m still somewhat disbelieving that War Bonds is on bookshelves, in libraries and for sale in bookstores all over the world.

I’m so thankful for those who stood with me during the long journey from idea to pub party.

Thankful for bookstore owners, civic groups and organizations who invited me to share the message that true love can survive anything– even a world war.

But more than anything I’m thankful for my War Bonds family. They opened their hearts, homes and lives to me and allowed me to poke around. Then they trusted me to share their stories with the world.

Hungry for history? In love with the past?
Now you can indulge that interest anytime and anywhere.
My friends at Nostalgia Magazine recently launched an app available for android and iOS devices.

“The Luck of the Draw” can be accessed via the app or the website.

I LOVE Christmas and I received an early gift when the UPS man dropped off this box of books!

I’m thrilled that two of my stories “Christmas Glow” and “Wishing for a Silent Night” have been included in the latest addition to the Chicken Soup for the Soul series: The Joy of Christmas.

My work has been featured in 10 volumes of this wonderful franchise and I’m happy to be part of a series that offers words of inspiration and affirmation to readers all over the globe.

Pick up a copy today and spread the “Joy of Christmas”!

I hadn’t checked my Amazon author page in awhile, but two new reviews prompted me to take a look.

While I’m thrilled War Bonds: Love Stories From the Greatest Generation  is still generating reviews 18 months after publication, what caught my eye was that the list of copies available from Amazon now includes “collectible” editions!

Having no clue as to what makes recently-published books, collectible, I clicked on the copies offered.

To my delight it was the signed copies that were deemed collectible and offered at higher prices than the unsigned copies.

This first-time author is tickled to find the signature that graces school report cards and field trip permission slips is now “value-added.”

What a wonderful world 🙂